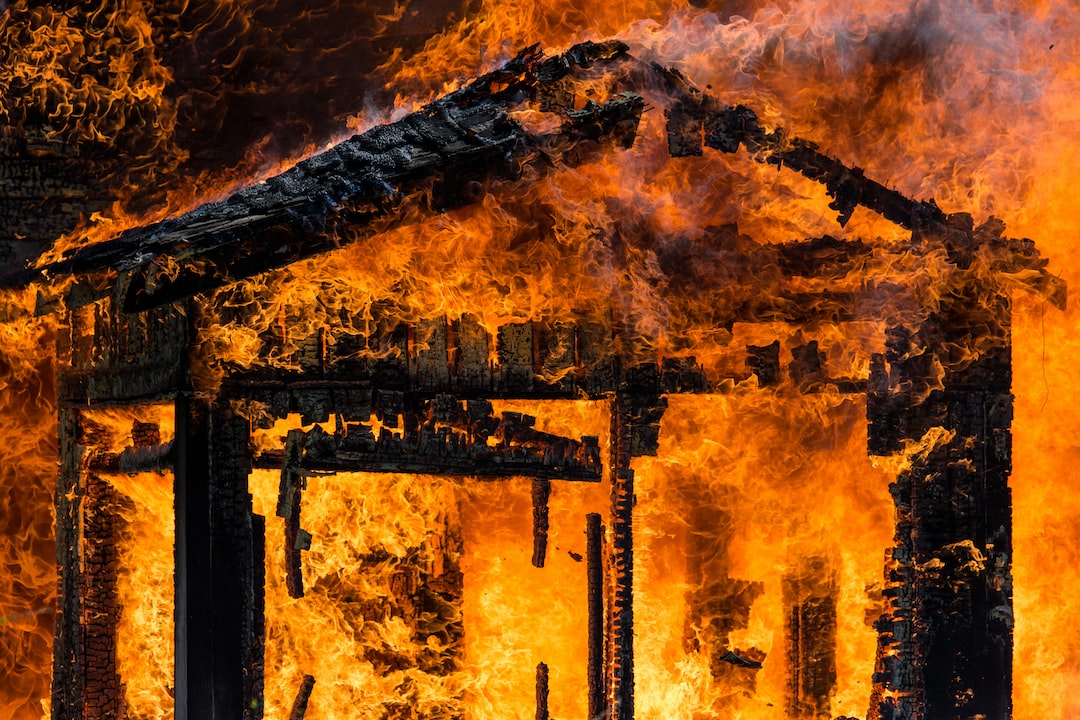 I found out about the fire, as one does, while in the middle of Europe floating down the Rhine. In the cruise ship’s restaurant, my wife Lola and I sat with an orthopedic surgeon and his family. They were a boisterous bunch. When we walked in, they loudly (and rhetorically) asked who was brave enough to take the last two open seats at their table. Lola and I accepted the challenge. Many drinks into dinner, the talk turned to the flames. The surgeon’s twenty-something son was a large bouncer type. In fact, he had literally been a bouncer at his last job since ninety percent of that role is just looking the part. His thick, black beard gave him the rugged jawline of a god. Zeus himself looked down with envy. It was all an illusion. The bearded wonder showed us pictures of himself clean shaven, and he had not a weak chin, but no chin at all. Growing the beard had been his first good choice. His second had been going to Indiana.

In his current job, the former bouncer, who I’ll call Ozymandias because he looked like a bodybuilding pharaoh, no longer threw rowdy drunks out of bars. He also didn’t order slaves to build pyramids. Instead, he set up tents for East Coast beach weddings. It was a soft job for a hard man, but he could still use some of his old skills. One angry glare from him could make even the most incorrigible bridezilla shy away. The most interesting thing about Ozymandias was that, years before, in his chinless youth, he used to live in Indianapolis. He still had friends in the area. In fact, just two weeks prior, he had visited some of them in a lame suburb just outside the city. It was my suburb, made all the lamer by me. His friends lived on a street three blocks from my house. This random stranger who I met 4,275 miles from home had buddies I could have hit with a rock from my porch. Okay, not really. My aim is terrible, and also I couldn’t even throw a Nerf Vortex that far. My entire audience is both too young and too old to get that reference. The street Ozymandias named is fairly long, but at its farthest point, his friends’ house couldn’t have been more than a mile from my front door. Given that we were having this conversation on another continent, that was a remarkable coincidence. Ozymandias, though, would not be making a return visit. Shortly after he left, there was a fire.

Naturally, I asked if he started it. Maybe the visit didn’t go well. Sometimes even the best intentioned social calls end in arson. He denied it, which is exactly what an arsonist would do. There was a rumor going around on the ship that I was “some kind of blogger,” but for all Ozymandias knew, I was also a cop. He claimed the house caught on fire two weeks after he left. Before that moment, I hadn’t heard anything about a fire on that street. Then again, I don’t subscribe to the local newspaper. What little news I get comes from Facebook, and Mark Zuckerberg has decided what I mostly want to see is TikTok-style videos of people I don’t know doing things I don’t care about. This is truly the golden age of social media. I mentally filed away the odd coincidence of Ozymandias and the nearby fire and promptly went back to having irresponsible levels of boat fun. The fire couldn’t have been that bad if I hadn’t heard about it back home. I somehow overlooked the opposite possibility that the fire had to be truly devastating for me to learn about it on the other side of the world.

Flash forward two months. It was Labor Day, and my family and I were sitting outside at a cookout in our friends Don and Donna’s backyard. I’ve worked hard to make new pals over the last year, but the most important ones are the handful who live close enough to regularly give me food. The best relationships are based on the mutual exchange of calories. At the cookout, Donna casually mentioned that there had been a fire directly across the street a few months earlier. Suddenly, it occured to me that Don and Donna live on the street Ozymandias mentioned. Could it have been the same blaze? Really, how many fires could there be on a single residential street, barring the off chance that Ozymandias was actually a well-traveled serial arsonist? I told Don and Donna about Ozymandias, and they were shocked. They assured me that it must have been the same fire and the same house. In fact, I had parked right in front of it for the cookout without even noticing. Situational awareness has never been my strong suit. Contrary to my earlier expectations, the fire had been bad. Really, really bad. Now, directly across the street from the place where it all went down, I finally got the full story.

Like all good tales, this one starts with meat.