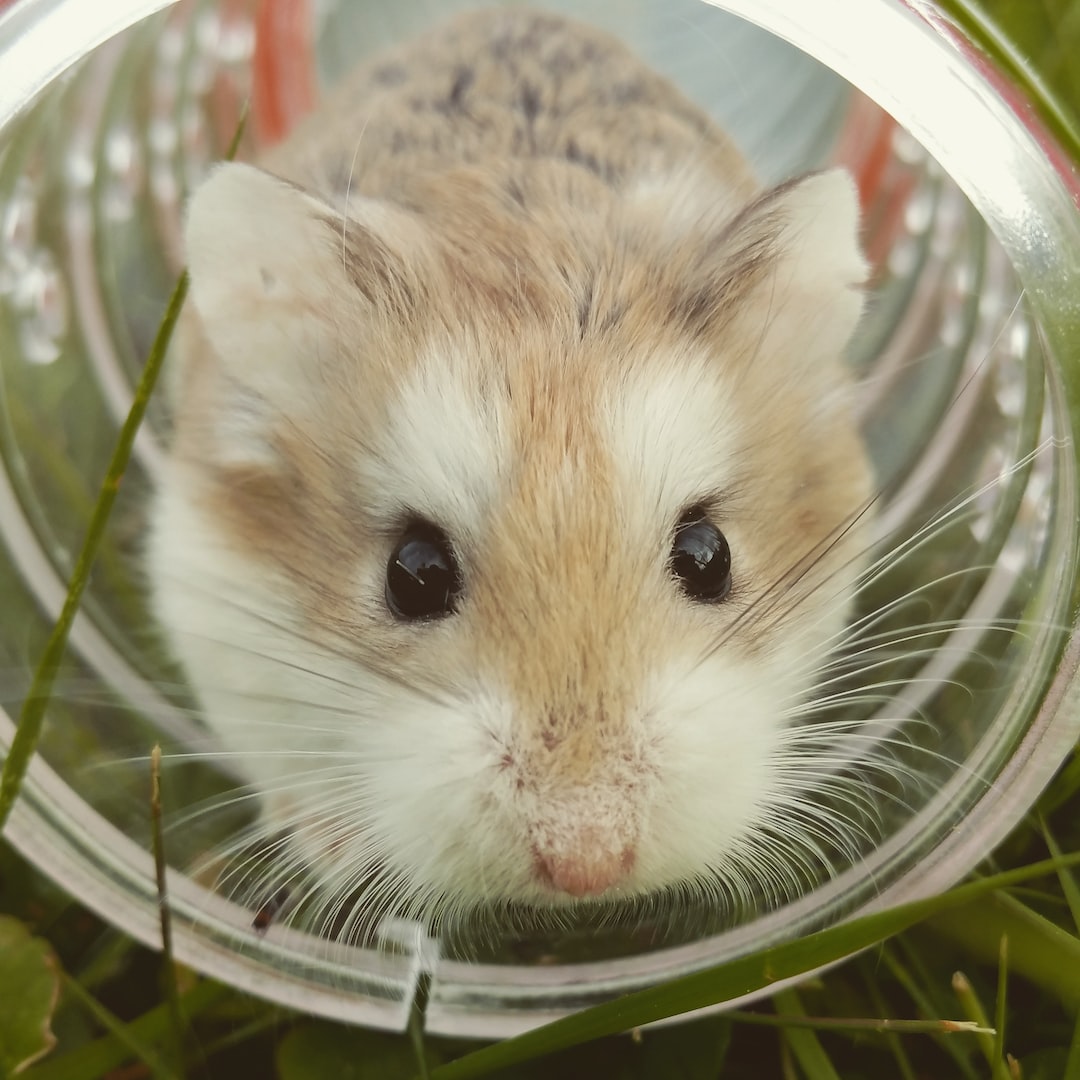 Family comedy one disaster at a time.
Episode details
25 comments

My kids don’t usually lie. If anything, they’re too honest. I could do without knowing exactly what they think of my new haircut or favorite shirt. I parlayed their love of sharing the brutal truth into internet fame and fortune. Well, fame. Nobody is getting rich from being a midlist author who tweets a lot. Per hour of writing, I used to say I made about as much as the average McDonald’s employee, but in the last few years all the fry cooks got a big raise and I can’t keep up. To reap these meager benefits, I depend on a steady stream of unwelcome truths. Lately, though, I’ve been getting a string of reports I can’t trust. My eight-year-old, Lucy, has been telling me exciting stories she heard from her friend down the street. Taken individually, they didn’t raise any red flags, but together, they’re a parade through Tiananmen Square. My wife Lola believes the stories, but I’m solidly in the opposite camp. I think Lucy is being taken in by a pathological if harmless liar. I can’t blame her. When I was her age, I fell for the same thing.

In early elementary school, a kid on my bus told me all about his pet cobra. While not impossible, the number of cobra owners in northeastern Iowa had to be infinitely small. Even more unlikely, I can’t imagine the owner of exotic and extremely dangerous reptiles would also have a kindergartner in the house. One or the other would have to go. Then again, maybe that was the plan. Natural selection would decide who stayed and who got carried out in a box. That’s one school of parenting. None of these issues occurred to me at the time. I gobbled up each story, and the liar enjoyed his eager audience. In his defense, I can’t conclusively prove that that kid didn’t have a cobra. I never went in his house, and if he invited me over to verify his story, I would have refused since I didn’t want to die. The absence of a snake wouldn’t make it any safer. If he would lie about a cobra, who knows what else he was lying about? He probably wasn’t really best friends with the Ninja Turtles, either.

Exploding Unicorn by James Breakwell is a reader-supported publication. It’s like PBS, but completely unhelpful and slightly evil. Join today!

Lucy’s second-hand stories have much lower stakes. Her friend, Gwendolen, got a pair of guinea pigs a few months after we got ours. My kids have seen and held her new pets, so that much is true. The other day, Gwendolen told Lucy that one of her guinea pigs was pregnant, a miraculous occurrence since they were both boys. Part of this is totally believable. I had the same thing happen with two “female” gerbils when I was a kid. We went through several generations of gerbils over the years. These were the last two, acquired long after the charm had worn off. We didn’t even name them. The first one suddenly swelled up and died. We unceremoniously buried it outside or tossed it to a neighborhood cat. Rodent disposal wasn’t part of my chore list, so I have no idea what actually happened to it. Then the other gerbil swelled up. We expected a second unmarked grave/full neighborhood cat. Instead, we woke up one morning to find three baby gerbils in the cage. This made the death of the first adult gerbil all the more remarkable. The guy gerbil, who the store incorrectly told us was female, knocked up his love interest, gained a bunch of sympathy weight before she even started showing, and then died. The stress of living with a pregnant partner was simply too much. As a dude who’s barely survived many of his wife’s pregnancies, I sympathize completely—especially given what happened next.

The female gerbil who was actually a female wasn’t exactly mother of the year. As fast as the babies appeared, they vanished into thin air. We never saw any signs of escape. There was no blood or stray fur. We never heard any sounds of a struggle. Every night, mom simply ate one of her babies. Given the lack of evidence, she must have unhinged her jaw and swallowed them whole like a snake. She couldn’t handle the stress of being a single mom. It was creepy beyond words. None of us stuck our hands in the cage after that.

Why didn’t we intervene? When the first baby gerbil disappeared, we were in denial. When the second one disappeared, we had a pretty good idea of what was going on but still did nothing. That was our bad. Luckily, she didn’t do it again. Maybe she was finally up to the challenge of being a full time mother, or perhaps she was just full. Either way, after murdering her two lesser children, she raised the third child to adulthood. Her favoritism was based on survival of the fittest. She read the same parenting books as cobra kid’s mom and dad. The momma gerbil assessed her limited resources and made a calculated decision for what it would take to make sure at least one of her kids survived to carry on her genes. It’s a shame she didn’t think about it a little harder. It never occurred to her that we could just give her an extra scoop of pellets.

I tell this story to raise two points. First, it’s really hard to tell the gender of certain small animals, so mis-sexing Gwendolen’s two guinea pigs tracks. But second, it’s equally hard to tell if a rodent is pregnant. There’s a fine line between digestive bloat and being with child. That’s why it’s never safe to comment anything of the sort on any woman’s photo ever. Inquiring if that’s a baby pooch or the aftermath of an all-you-can-eat burrito buffet is the fast track to your own funeral. Better to just keep on scrolling for your own survival. I can’t imagine any human parent, upon seeing that one of their kid’s two “male” guinea pigs packed on a little winter weight, would immediately conclude that the guinea pig was pregnant. Guinea pigs aren’t exactly svelte to begin with. They’re furry potatoes. Without a careful eye and a zeroed-out food scale, you’d never even detect a few extra lumps. More than anything, though, what Gwedolen told Lucy next makes me think this kid is a storyteller of the first degree.

She said she knew for sure the guinea pig was actually a girl and pregnant because they went to the vet. There’s a certain income bracket that takes an eight-dollar guinea pig for emergency medical care. No one on our street is in it. For the price of that one visit, they could have bought an entire bushel of new guinea pigs. (Everyone knows guinea pigs are sold by volume.) Maybe the visit wasn’t as expensive as I at first assumed. Instead of doing a blood test, a vet tech could have just asked the guinea pig to pee on a stick. An ultrasound must have been involved, though, because the vet’s office gave some extremely specific results. Momma guinea pig was due tomorrow.

My wife’s regular OB/GYN visits weren’t even that precise. Of course, our babies were always born on exactly the day we expected because they didn’t want to be born at all. We had to induce all four. Our children laughed at the original projected due dates in what would be their first but far from last acts of defiance. Guinea pigs are evidently much more predictable or compliant. One day after Gwendolen’s confident prediction that her guinea pig would give birth tomorrow, she delivered right on time. The new baby was a girl. Gwendolen is evidently now much better at identifying genders, even on newborns, who’s reproductive organs are presumably extra small. I thought the fact that she claimed the guinea pig only gave birth to one offspring was a dead giveaway of a lie, but I was wrong. According to Google, guinea pigs give birth to between one and six babies at a time. They’re called pups, not guinea piglets, which seems like a horrible missed opportunity. Whoever named them should be profoundly ashamed of themselves.

None of my kids have seen the new baby guinea pig, and I’d bet a quarter (I’m a writer, not a professional gambler) that none of them ever will. Gwendolen made up the whole story for reasons that are her own. It’s a benign and pointless lie. I have nothing against this kid. Her unnecessary mistruth is just a childhood phenomenon I had entirely forgotten about until this moment now. My kids don’t make up stories. Despite my intro at the start of this newsletter, though, that doesn’t mean they’re 100 percent honest. Before a certain age, kids simply aren’t smart enough to lie. They can’t process reality fast enough to avoid incriminating themselves. Then they get a little older and a lot more cunning. That’s when the instinct for self-preservation kicks in. My daughters don’t make up things, but when they’re in trouble, they’re not exactly forthcoming with the truth. They’re more than ready to deny things they actually did. There’s no cover story. They just say they didn’t do it and then shut up. Their lawyer aunt would definitely approve. To this day, I still don’t know who ate all the chocolate chips from the pantry, despite asking all of the kids point blank. Apparently we have a ghost with poor impulse control. Similarly, Lucy and Waffle will swear they didn’t stay up late in their beds secretly watching their tablets, despite the fact that they can’t keep their eyes open the next morning. Maybe it’s just a coincidence. As to the suspicious sounds I heard before I walked into the room, it was that same ghost. It also has a weakness for low-quality YouTube reaction videos.

I’ve learned my own lessons about strategically withholding the truth. After a mostly honest childhood, college turned me into a liar of the first degree. I spent four years implying I’d read books I never even opened. That probably makes me a bad person, but it also made me someone who valued his own time. I didn’t need to read a four-hundred-page book to get the two-sentence lesson I was supposed to pick up. Similarly, I didn’t need to run ten miles a day for collegiate cross country when I was going to be terrible anyway, especially not on the one day a week the NCAA told me I was supposed to have off. I cut the course at practice and acted like I ran the whole thing, which is definitely a lie of its own. But in the end, my dishonesty didn’t hurt anyone. The team didn’t need me. I was just a walk-on who cost them zero dollars in scholarship money. In fact, my lie prevented pain, specifically mine. Years later, my knees are grateful for every mile I shaved off. As for Gwendolen, I can’t fault her, either. It’s not like I’ve never stretched the truth for an audience. I built a second career out of entertaining people with hyperbole. I’m a liar raising liars in a world full of liars. Just don’t take my word for it.

And who knows, it’s possible Gwendolen will walk down the street holding a new female baby guinea pig and I’ll have to eat my words. And maybe my old friend on the bus will show up with his cobra.

Anyway, that’s all I’ve got for now. Catch you next time.