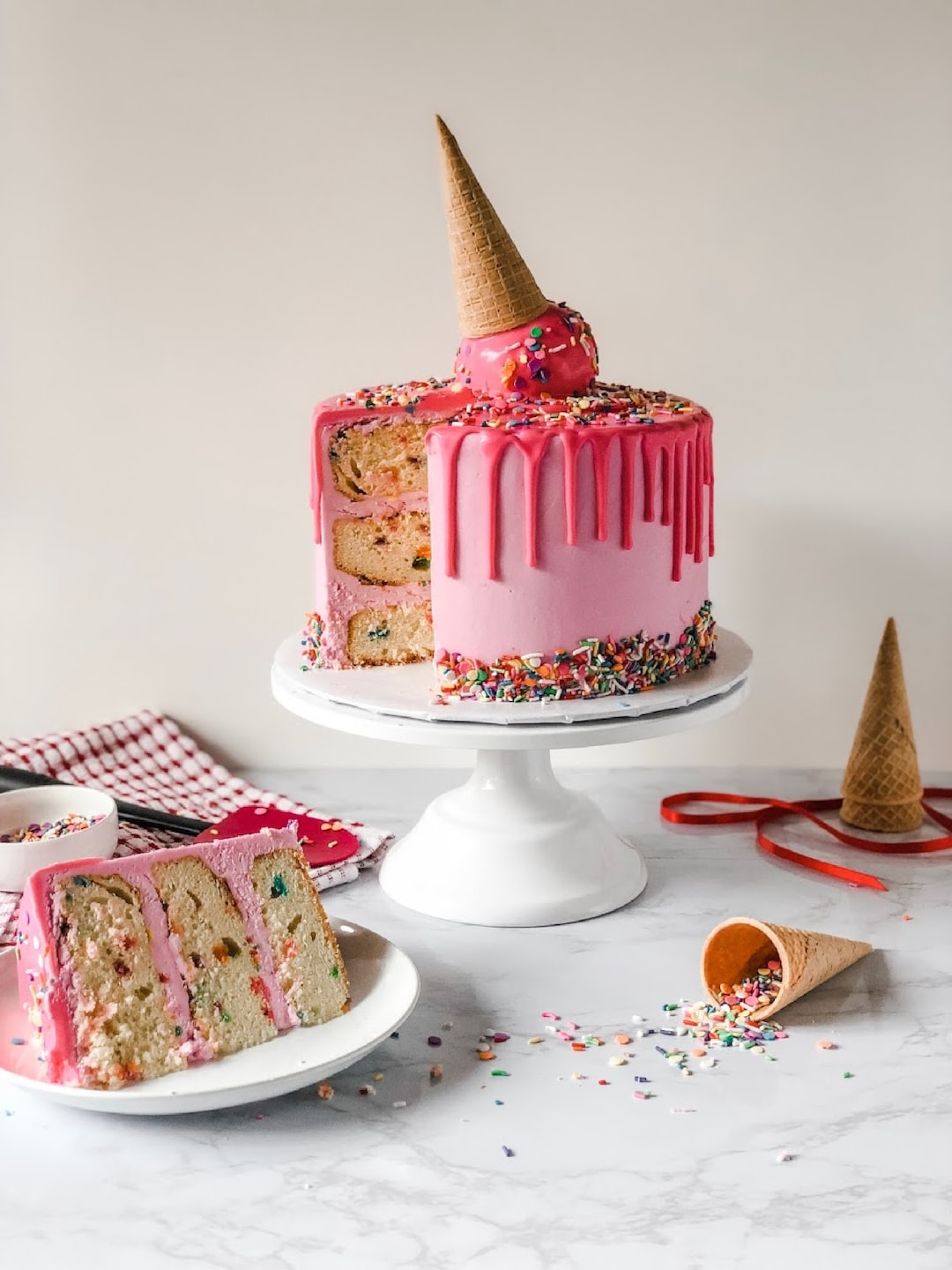 So You Want to Throw a Party

So you want to throw a party.

No, you don’t. Nobody actually wants to throw one. Even if you’re the biggest partier in the world, it’s impossible to take pleasure in the exhausting series of steps required to set one up. Instead, let’s remove desire from the equation and say you’re going to throw a party. Like a black hole, the irresistible force that is social obligation has sucked you in. Maybe your friends had you over to their house twenty-five times in a row and now you either have to host something at your place or disappear forever into the woods. I hear Yosemite is very nice this time of year. Or perhaps you just have kids who rudely keep having birthdays. Seriously, knock it off already. Either way, throwing a party is sometimes unavoidable. In those dark moments, you won’t be alone because you’ll have me. Not literally. I’m barely willing to drive to the grocery store. I’m definitely not going to show up at your house to help you plan your party. But I’ll do you one slightly worse and lay out a step-by-step guide in this very newsletter for how to throw the ultimate party. Okay, “ultimate” might be a bit of a stretch. This is more like a guide to throwing a minimally acceptable function that both fulfills your social duties and prevents you from being ejected from civil society. You’re welcome.

These steps are currently at the top of my mind since we’re throwing a party for my now-seven-year-old, Waffle, on Sunday. In fact, I’m endangering my life and my marriage by taking time away from those preparations to write this newsletter Saturday night. This is the only time I can do it between now and Monday morning, so I have no choice. That’s what I told Lola, anyway. If you get this email, don’t take that as proof of life or marriage. All it means is I managed to get it scheduled before I got yeeted out of the house.

Anyway, here are those steps.

Poor you. Like the kid who remembered at the start of class that there’s a test they forgot to study for, the need for a party no doubt caught you unaware. It really shouldn’t have. If I looked at a calendar even once in my life, I could see that birthdays tend to happen at roughly the same time every year. There were pagans at Stonehenge that could predict the solstice down to the minute for millennia yet I somehow can’t remember that Waffle gets one year older every November. Don’t get me wrong, I know it’s going to happen. I have all my children’s birthdays memorized. I just don’t always correlate that random piece of data in my head with the actual place we’re located on the earth’s annual trip around the sun. You can be similarly surprised by any other occasion that might require a party. Halloween. Christmas. Arbor Day II: Revenge of the Elms. The surest way to make people forget something is coming up is to put it at the same time every year.

Exploding Unicorn by James Breakwell is a reader-supported publication. It’s like PBS, but completely unhelpful and slightly evil. Join today!

Choose a day and time to hold your party. This will work for no one. Don’t pick a different day and time, though. That one won’t be any good for people either. Everyone is all booked up from now until the day they die, and, in some cases, till a few days after. Don’t think your own funeral will get you out of your neighbor’s cousin's bar mitzvah. It doesn’t matter if you send out the invitations six months early, like for a wedding reception, or two weeks beforehand, like for a seven-year-old’s big day. The people you really want to be there won’t be able to come, and the people you don’t particularly want to see will show up three hours early. The universe demands it. Since you’ll never find a day and time that’s good for everyone, settle for one that’s at least good for you. Always putting yourself first is a sign of both narcissism and effective party planning. Also, if it’s a birthday party, try to pick a date when the birthday boy or girl can attend. If they can’t, secure a passable proxy. Brutal dictators aren’t the only ones who can benefit from body doubles.

This is a trap. The theme is “party,” full stop. If you put any more thought into it than that, you’ve created entirely too much work. If it’s a party for adults, make sure there’s alcohol. If it’s for kids, make sure there’s alcohol and cake. To be clear, the alcohol is for the adults watching the kids, but I’m not here to tell you how to parent. Don’t worry about decorations. No one cares if your napkins are color-coordinated with the table cloth and disposable plates. All they’ll remember is if the ice cream ran out before the cake. Buy a few extra gallons to create a strategic reserve just in case. It’s the only reason chest freezers exist.

Scroll through Facebook and invite everyone who would be more offended if they didn’t get invited than they would be annoyed if they did. It’s a tough line to walk. You could balance physical proximity, social closeness, and family ties, or you could just fire out invites randomly and see who shows up. The most dangerous game of all isn’t man; it’s party invite roulette.

I’ll save you the trouble. It’s at your house. Having it somewhere else takes money and advanced planning, neither of which applies here. You vow that next year you will prepare much earlier so you can have the party somewhere else. That vow is a lie, which you’ll finally realize the night before the same party exactly twelve months from now.

You’re suddenly going to be stumped by what kinds of foods other human beings eat. When you do remember, you’ll be worried that whatever you pick will be too similar to what you served last time. Will people be mad if you have a taco bar for this party when you also had a taco bar at the same gathering a year ago? First of all, no, because nobody remembers what they had for lunch yesterday, let alone three-hundred sixty-five days ago. Secondly, there is literally never a bad time for tacos. Birthday parties. Weddings. Funerals. It’s physically impossible to be sad when holding meat in a tortilla shell. It’s what your dead grandma would have wanted.

This should happen as close to the party as possible. I’d say it’s so the fruits and vegetables won’t go bad, but if it’s a good party, you won’t have any of those. Really, it’s just because procrastination is your superpower. You started this process at the last possible minute. It’s best to stay consistent. Buy unreasonably large quantities of everything. How many pounds of ground beef can twelve people eat in one sitting? Forty sounds about right. You’ll have leftovers for weeks, but the alternative is to risk not having enough food. In the Midwest, if a guest goes home hungry, they’re legally allowed to burn down your house. Okay, not really, but they might think less of you, which is even worse.

This is just one bullet point, but it will take up ninety-nine percent of your time before the party. Your top priority is to make sure no one understands how you really live. Minor messes you walked by for hundreds of days without a second thought are now a glaring embarrassment. If people see them, they’ll judge you and then not come to your next party. On the surface, that would seem to solve all your problems and spare you of the burden of ever cleaning again. Don’t believe this comforting lie. Any time it occurs to you that none of this really matters, clean harder. There’s no plausible scenario where a guest will inspect the inside of your vents, but you damn well better vacuum in there just in case.

I use that term liberally here. Cooking is just the process of applying heat to food. It doesn’t matter what the source of that heat is. It could be an oven, a microwave, or the deep fryer at the fast food chicken place. If you pay a minimum wage employee to blast fifty bird chunks in searing oil on your behalf, it absolutely counts as cooking. Congrats on your homemade meal. If you’re not picking up food, I recommend using a crock pot since it reduces the cooking process to three steps: 1) dump in ingredients; 2) wait; 3) eat. It’s also designed for making massive quantities of food, which is ideal for large gatherings. Parties are no time for portion control. Neither is any other meal you’ll ever eat.

Did you forget to do something? Yes: everything. You will realize this thirty seconds before the first guest arrives. You neglected to cut up the pineapple or start the crock pot six hours ago or buy presents for your kid. All of these errors can be remedied by drafting the first guests to help with the final party preparations. That’s why, as a guest, you should always show up fashionably late. The goal isn’t to look cool. It’s to avoid indentured servitude. If there were any other deficiencies you can’t cover up with last minute forced labor, redirect people’s attention. I recommend handing out the alcohol as early as possible. No one with a beer in their hand will notice that you haven’t dusted your baseboards since 1985.

Finally, you get to enjoy the fruits of your labor. Just kidding. Your job is to make sure everyone else has a good time. I’d say your enjoyment is secondary, but that still puts it too high. I just Googled what comes after tertiary, and it’s quaternary. Fun fact: If you ever use that word in a sentence, a pack of middle school bullies will materialize from thin air and beat you up for being a nerd. The people who need to have fun at your party are, in order of importance, other people, other people, other people again, and, finally, you. Happiness, like matter, can be neither created nor destroyed, just redistributed. Pass yours along to your guests for today, creating a deficit for yourself. Don’t worry, you’ll get it back when you drink nine beers at their kid’s birthday party.

The party is over, and the guests are gone—hopefully. Check your closets and the crawlspace to make sure none of them are still secretly hanging around. Your house, which hours ago looked immaculate, now appears to have been rampaged through by the herd of wildebeests that killed Mufasa. Never forget. You should start cleaning again, but that won’t happen. Instead, sit down with a few million calories worth of leftovers and stare off into space. The mess can wait. How long? Until just before the party next year.

Save other people from terrible parties. Share this article.

Those are the basic steps I go through before every single party I ever host. You’d think I’d get better at the process over time, but I don’t really believe in self-improvement. I’ll never learn to avoid these mistakes, but I can get better at making them. Commit your faux pas decisively and with great vigor. It’s the only way to assert dominance.

Anyway, that’s all I’ve got for now. If I made it through the party in one piece, I’ll catch you next time. And if not, avenge my death.